; Walk in Ireland, ascent 24m, length 7.4km
Cookies. This website uses cookies, which are small text files that the website puts on your computer to facilitate operation. Cookies help us provide a better service to you. They are used to track general user traffic information and to help the website function properly.

Stookeen: The heathery top in 2008

wicklore 3 weeks ago
I approached Stookeen from the south and parked at S940 675. From here I followed the Wicklow Way, and headed north along a delightful grassy track, with high hedgerows on each side. This was mudd...

Annagh Hill: A pleasant hike on a fine June morning

Colin Murphy 3 weeks ago
From the east the summit of Annagh is just 1km from the road, but it's steep and I'm a lazy sod so I opted for the gentler approach from T07940 66897, which requires about 2.5k's walking up a much...

Forum: General wicklore a week ago
Hi Hugh. I suggest a circuit from Taylor's Three Rock pub. From Taylor's walk along the southern boundary of Marlay Park, then follow the Wicklow Way up to Kilmashoge car park. Conti use to follow...

Stookeen: The battle of the woods

Colin Murphy 3 weeks ago
New plantations around the summit have made the task of reaching it that bit more difficult, certainly in the approach I took from the east, starting at S963 677. Most of the way was a gentle clim...

mcrtchly 3 weeks ago
Buachaille Etive Mòr (the big herdsman of Etive), affectionately known as The Buachaille, is undoubtedly one of the most spectacular sights along the West Highland Way, Scotland’s famous long-dist...

Track 0 march-fixer 2 days ago
Since this trail is being used as an endurance course for a race later this year I decided to scout out the lie of the l walk, Len: 25.7km, Climb: 860m, Area: Dublin/Wicklow (Ireland) ||

TommyV 3 weeks ago
Parked at a farmyard on the South East side of the hill. Met a friendly young guy, the land owners son I assume and he showed us the way to access the hill at H47142 00418. It's a farm track that ...

Track 0 simoburn 2 days ago
walk, Len: 9.6km, Climb: 462m, Area: Scarr, Dublin/Wicklow (Ireland) Scarr, Sca...
Most Recent Monthly Newsletter.
Conditions and Info
Use of MountainViews is governed by conditions and a privacy policy.
Read general information about the site.
Opinions in material here are not necessarily endorsed by MountainViews.
Hillwalking is a risk sport. Information in comments, walks or shared GPS tracks may not be accurate for example as regards safety or access permission. You are responsible for your safety and your permission to walk.
See the credits and list definitions.

A walk along the Carrigaline to Crosshaven Greenway. Carrigaline is very easily reached from Cork City by the frequent Bus Eireann 220 bus. I got off at the Kilmoney stop, and started the track nearby at the roundabout near Lidl, where there is a signpost for the Greenway.
The Greenway initially goes along the roadside, but soon diverges and follows the Owenabue river to Crosshaven. It runs quite close to the main road throughout, through, and the sound of traffic is a constant accompaniment. 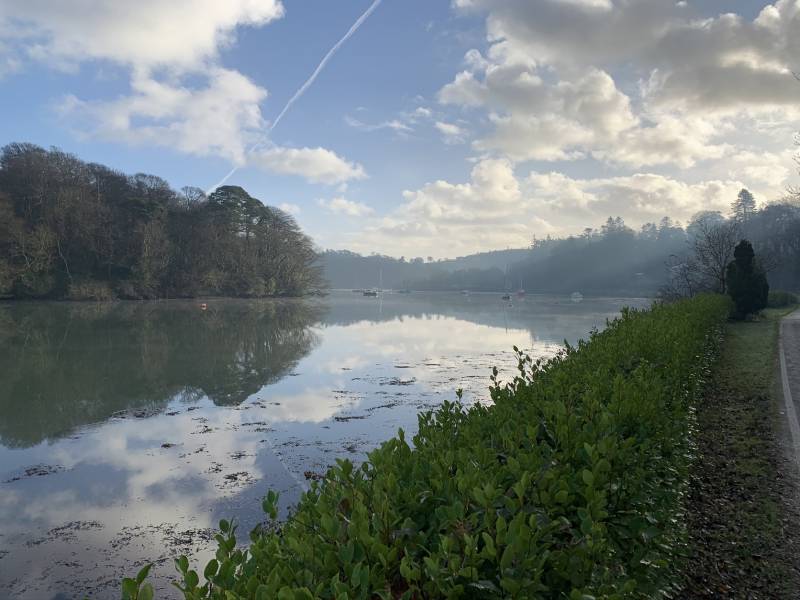 My tip is once you reach Crosshaven to do some of the walks on the roads and tracks north and east of the village. There’s a great viewpoint over the sea from the road at the top of the hill to the east, and various tracks along the seashore around the north east. I happened to see an information board about the walks in the Centra in the village, and kind of followed it but mostly rambled around. (I didn’t get this part of the walk on GPS.) This was probably better than the actual Greenway, albeit the tracks are informal and sometimes muddy, and not well signposted.
The photos below are from the Crosshaven walks, not the Greenway: 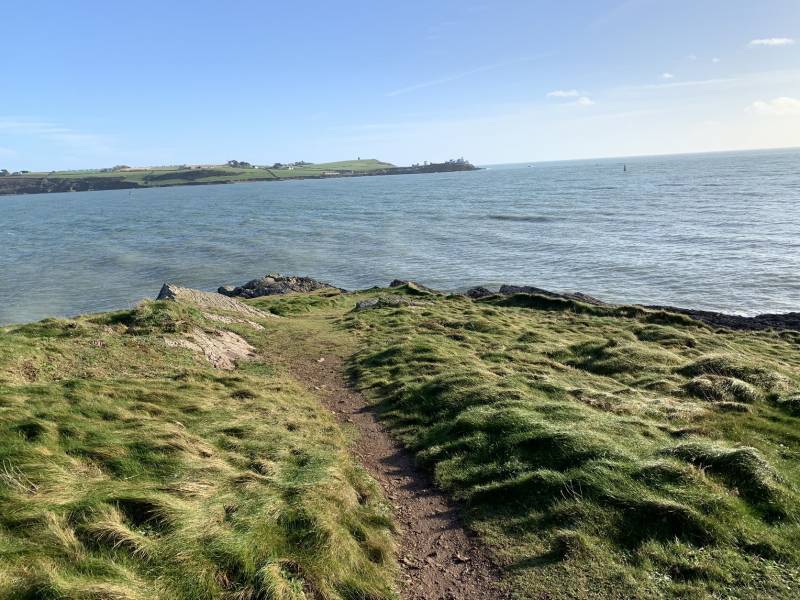 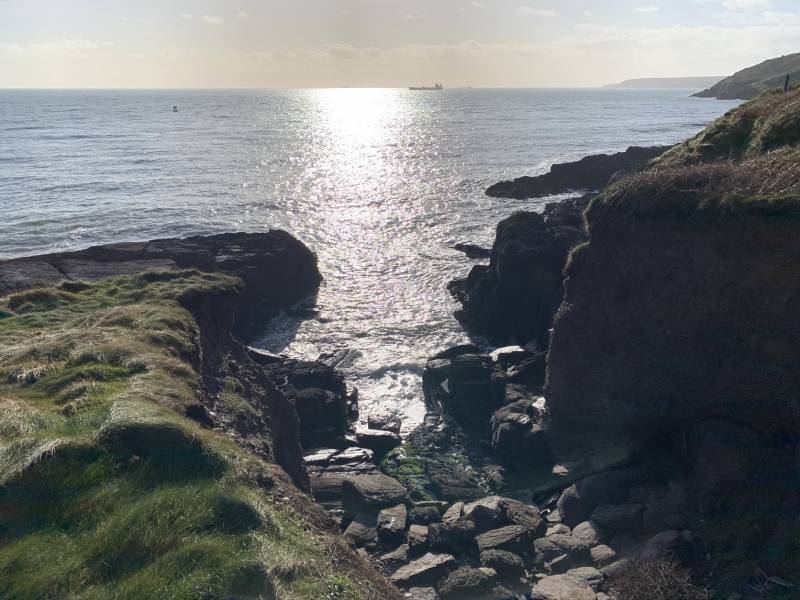 NOTE: ALL information such as Ascent, Length and Creator time taken etc should be regarded as approximate. The creator's comments are opinions and may not be accurate or still correct.
Your time to complete will depend on your speed plus break time and your mode of transport. For walkers: Naismith's rule, an approximate though often inaccurate estimate, suggests a time of 1h 31m + time stopped for breaks
NOTE: It is up to you to ensure that your route is appropriate for you and your party to follow bearing in mind all factors such as safety, weather conditions, experience and access permission.