Collaborative entry Last edit by: markmjcampion 13 hours ago
Carrauntoohil when tackled by the recommended routes on a fine day is not the hardest or most dangerous hike. However, in bad weather it’s not always easy to find the routes as they are unmar...

Collaborative entry Last edit by: markmjcampion 13 hours ago
Brandon Peak is a spectacularly placed peak along the Brandon ridge. It’s surrounded by v steep ground on a 180 degree Eastern sweep so take care in bad weather. Grand views of nearby hills f...

Purple Mountain: The highpoint of a small massif with stunning views and a jewel

Collaborative entry Last edit by: markmjcampion a day ago
Purple Mt. is named for the colour of the rocks that adorn the W face which itself overlooks the Gap of Dunloe. On this side there is some fairly steep ground so be careful when navigating of...

Collaborative entry Last edit by: markmjcampion 4 days ago
Slieve Donard on the eastern edge of the Mournes is a peaty mound topped off by a rocky crest. The 35k Mourne Wall passes over the summit. Fine views in most directions incl. the Coolies, Spe...

Colin Murphy 6 days ago
The final top in a 4-top bagging day in Antrim Hills. This is a nice little hill with a fine aspect when viewed from the east, with a plunging slope dropping about 170m. A track (not bad but ...

Colin Murphy 6 days ago
Douglas Top doesn't have too many redeeming features, unless you count the ease with which it is bagged, but among them is the fine view to the north west of Slemish, standing in splendid iso...

Collaborative entry Last edit by: Colin Murphy 6 days ago
There is parking for a single car at D25309 03212. Walk about 15m south back along the road and you will see a very basic style and a sign advising walkers to follow the white poles. Follow t...

Collaborative entry Last edit by: markmjcampion 6 days ago
Galtymore is one of the country’s top ten highest peaks and commands wide sweeping views over much of the S midlands incl. the Ballyhouras, Knockmealdowns, Comeraghs and Mt. Leinster. It has ...
Most Recent Monthly Newsletter.
Conditions and Info
Use of MountainViews is governed by conditions and a privacy policy.
Read general information about the site.
Opinions in material here are not necessarily endorsed by MountainViews.
Hillwalking is a risk sport. Information in comments, walks, shared GPS tracks or about starting places may not be accurate for example as regards safety or access permission. You are responsible for your safety and your permission to walk.
See the credits and list definitions.

This was the longer (challenge) option on our second club walk with Na Sléibhte Hillwalking Club. As it’s a club with ‘A+’ walks only, we offer our members two or three different routes with the same start/finish on the looped walks. There were at least five different routes taken on Saturday, each to suit whatever the walker wanted to do.

We were on the Galty’s in October and the Mourne’s are up next in December. We decided to keep our walking to the Eastern side of the Country up until February and the first of our linear walks will take place in April. 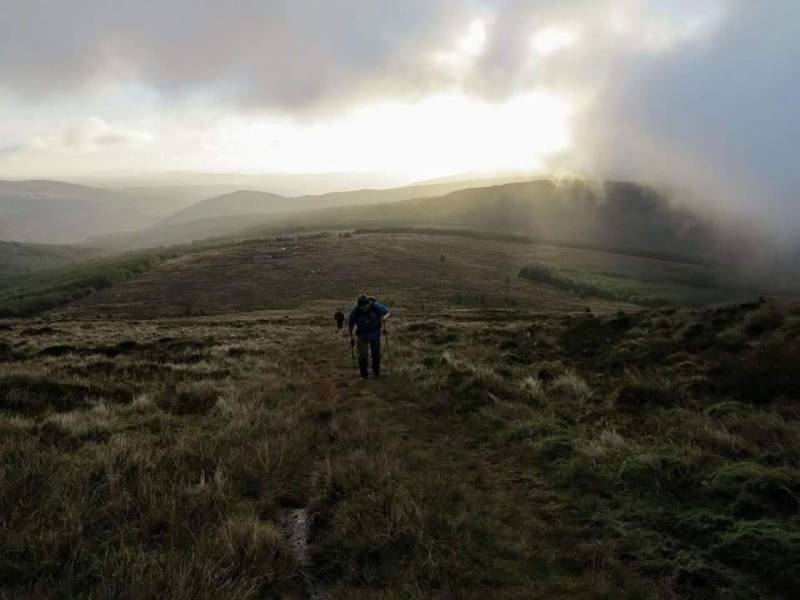 There were 13 on our first walk and 17 on the second. We’re ready to walk at 07:00 and the early start appears to be working well. Start early, finish early - if you’ve a long drive home. The members appear to be aspiring insomniacs - it’s either that or the excitement or adrenaline are rousing them out of the leaba so early. 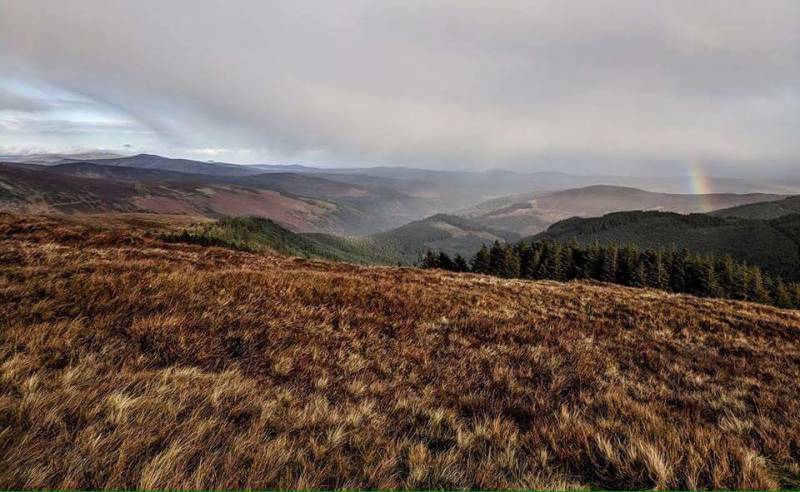 We start together, as we would do normally on a challenge, but everyone gets into their normal pace so the group stretches out as the day goes on. There’s great comfort in knowing that the members can navigate and, basically, do what they like when they’re out for the day.

The feedback has been positive. For example, there were about five members that hadn’t been to the Wicklow Mountains before. In addition, the routes we plan take walkers to glens and mountains that they wouldn’t have visited on challenges. 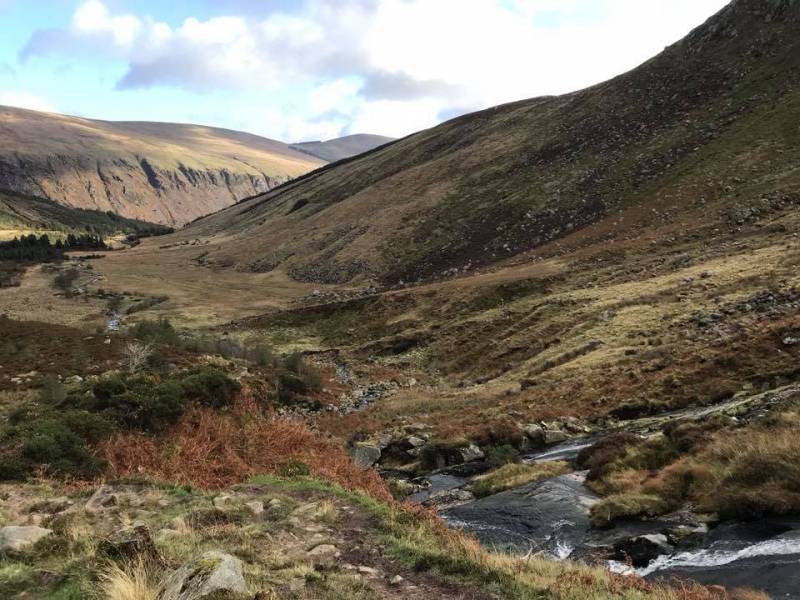 We have a club forum in the form of a Google+ account where walks/GPX files, ideas, advice and information are shared and that’s working well. In fact, it’s all moving along pretty nicely at the moment so we’re happy about that.

Photo credits to Marzena and Ulla.

NB: If you're doing this route, find a different way off Carriglineen, unless you like stomping through furze. The 'normal' track isn't very visible this time of the year with the bracken.

NOTE: ALL information such as Ascent, Length and Creator time taken etc should be regarded as approximate. The creator's comments are opinions and may not be accurate or still correct.
Your time to complete will depend on your speed plus break time and your mode of transport. For walkers: Naismith's rule, an approximate though often inaccurate estimate, suggests a time of 9h 26m + time stopped for breaks
NOTE: It is up to you to ensure that your route is appropriate for you and your party to follow bearing in mind all factors such as safety, weather conditions, experience and access permission.